Tales From the Tavern

It starts with a love of music,
an appreciation of words,
and passionate communication,
and creative expression,
and the experience of having been inspired,
of having felt the magic
that sometimes gets created
in live performance,
in the place where artists and audiences
come together.

It grows – out of and into a sense of purpose;
to advocate on behalf of art, and spirit,
and the inspirational quality,
and with that comes a pledge –
to place and re-place the emphasis
on essence and content,
and to create opportunities and environments
that are richly rewarding,

Through the power of community,
and the energy of trust,
and a belief in the work and the vision,
and with the strength of stamina,
and the force of fulfillment,
it continues to expand.

Tales from the Tavern is an extraordinary concert series and community cultural program that brings together singer-songwriter-storytellers / authentic troubadours and an exceptional listening audience, in the intimate setting of an old roadhouse, to share in a journey of discovery through song and story.

Started in 2003, TFTT has hosted close to 400 concerts, involving more than 340 artists, including Hall of Famers, National Medal of Arts recipients, cultural icons and underground heroes. Each concert is filmed and recorded, forming an extensive archive or performances and interviews. 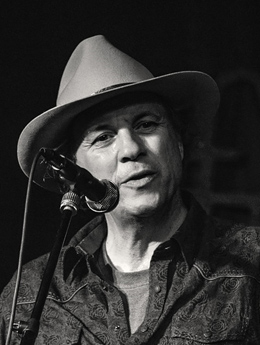 Ron Colone is the co-founder and co-producer of Tales from the Tavern. He is the President of Real Eyes Productions and the Executive Director of the Artist Advocacy Foundation, working to support artists, events and programs that aspire to inspire. Ron points to his years and miles on the road with Michael on Fire as the essential experience and training ground that prepared him to make Tales from the Tavern a great gig for artists, audiences and the venue-hosts alike.
Ron is the founder of the Music on the Green concert series and the co-founder of The McDowell Mountain Music Festival.
He is a columnist for the Santa Ynez Valley News, and the author of five books. 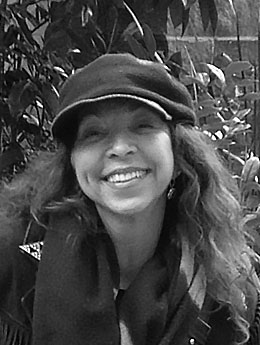 Carole Ann has had a passion for music perhaps forever, with an unconditional understanding of the power it has to bring forth emotion: to heal, love, excite and unite. Carole Ann is truly a renaissance person, having made her living doing many different things with the understanding of survival and responsibility. From working at Columbia records, Brass Ring Productions…she began producing at a very young age. Her love of music has taken her all over the world. She was a part of the rock opera Enoch, performed with Jango Edwards & Friends Roadshow, played congas and percussion with some Icons including Peter Green, Spencer Davis, Joe Lala, the LA rendition of Poco, and her most creative endeavor, with Michael On Fire.

Carole Ann moved to the Santa Ynez Valley, and together with her brother Ron, co-founder and co-producer of Tales from the Tavern, their hope was to create a great gig and another venue for the many people they knew who make their living on the road, the masters in their opinion, who needed a place to play, to keep working, with an audience that would embrace them and say “Yes”, what you do matters to us. Together they created Tales from the Tavern, a premier concert series in the Santa Ynez Valley.